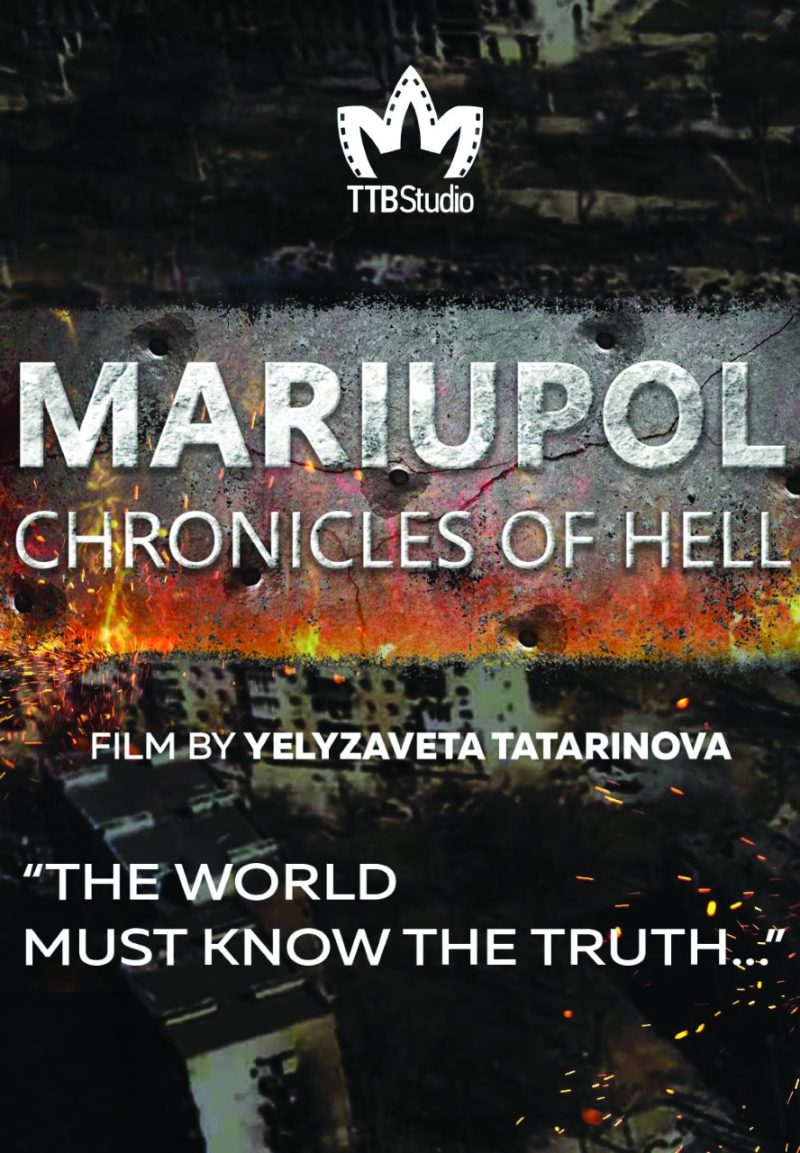 Thursday, December 15, 2022, 7pm
Mariupol: Chronicles of Hell
Made just this year, this documentary film tells the story of a city in the midst of total destruction. Prior to the Russian invasion on 25 February, this city on the north coast of the Sea of Avov was Ukraine’s 10th largest city, with a population of nearly half a million. Since February, it has undergone an occupation, total destruction, and humanitarian catastrophe. The occupying Russian forces freely murdered Ukrainian civilians and target every kind of civilian site. This film, completed shortly before the city finally fell to Russia, tells the story of the survivors.

Free for members and $7 for non-members. Seating is limited and available on a first-come, first-served basis. Please arrive early to guarantee your seat.

~
About Ukraine on Film / Українське кіно
This Fall and through the Winter, please join us to learn about the modern history of Ukraine through a monthly documentary film series. Beginning October 27, we will present one documentary film each month. This is an opportunity for everyone interested in contemporary Ukraine to learn more about its struggles and triumphs in the 20th and 21st centuries. All films are bilingual Ukrainian/English, with subtitles. The Museum will host an informal discussion following each film.