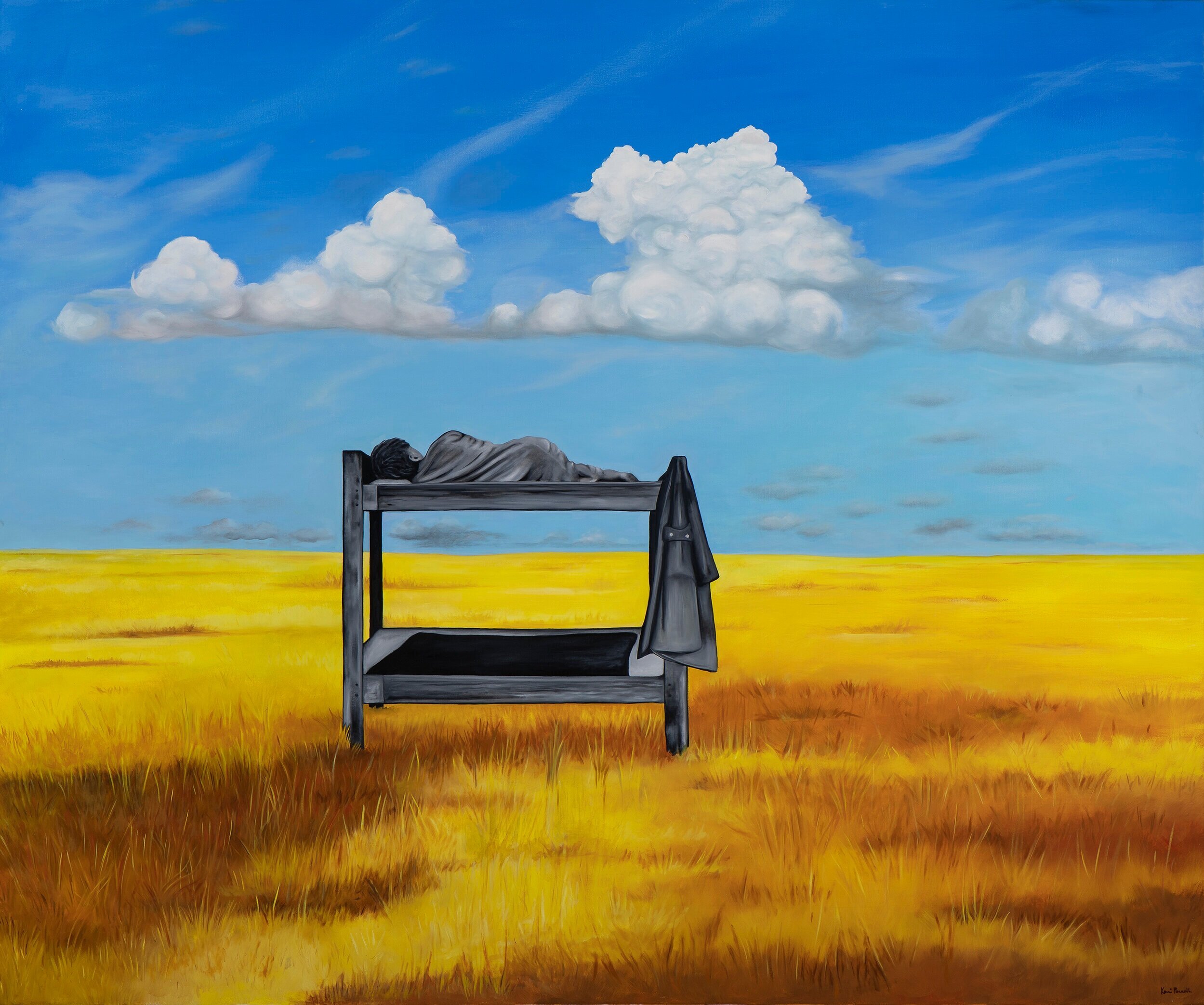 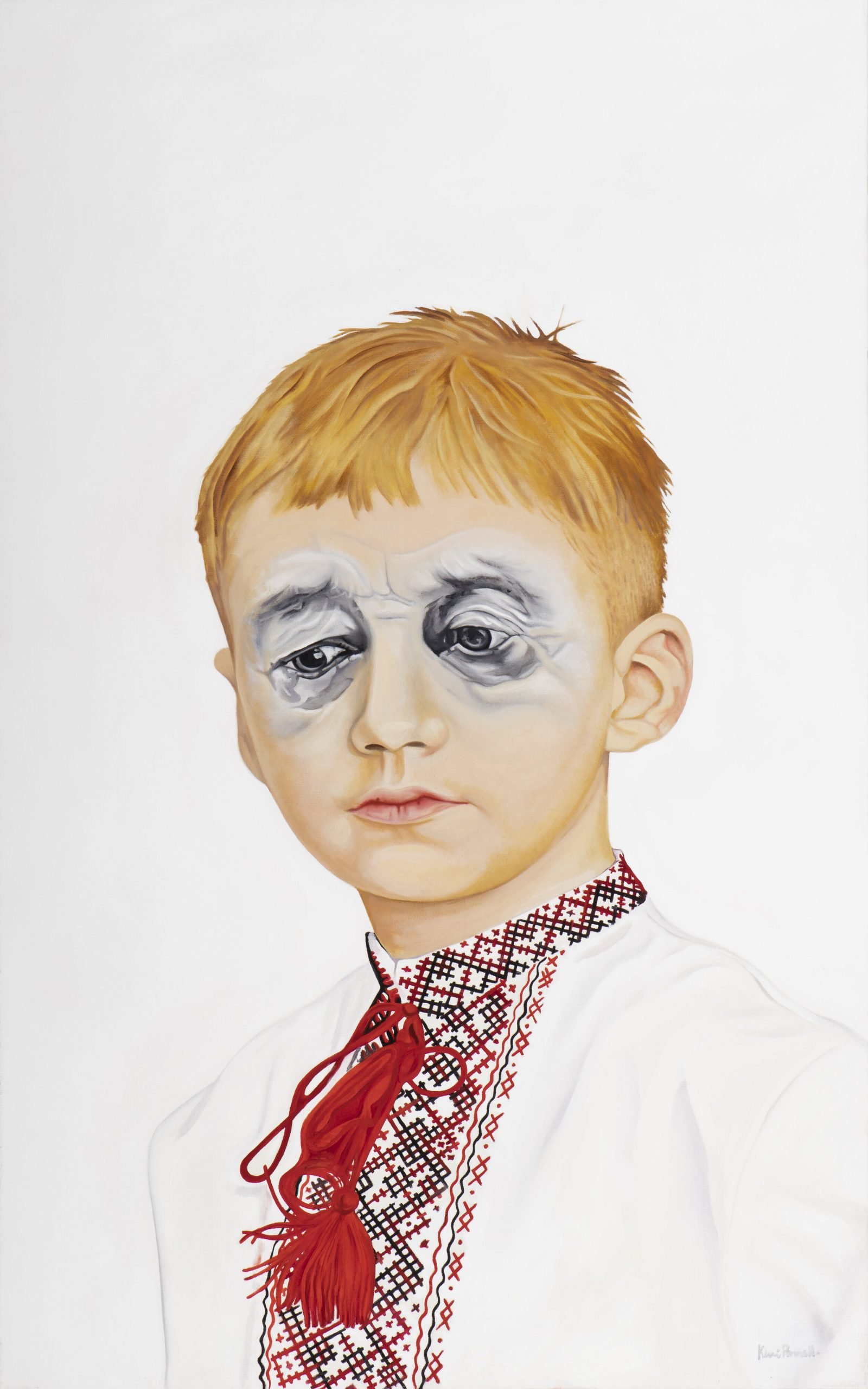 About Pause in Plight

This 17-piece exhibition by Winnipeg artist Kerri Parnell addresses the WW1 national security fears and wartime prejudice that led to the internment of 8,579 individuals – including some women and children – identified as “enemy aliens.” Pause in Plight is on tour across Canada until 2025 to help bring awareness to this historical injustice. The exhibit has five component sections: War Posters, Light Installation, Emotional Interpretation Series, Old Eyes Series, and To Hell with the Alien Enemy.

Pause in Plight aims to educate audiences by raising national awareness of Canada’s first national internment operations. There were 24 internment camps across Canada in WW1 between 1914 and 1920.

On her journey to creating this exhibition, the artist came to realize how few Canadians are aware of this unfortunate time in our history. Parnell felt compelled to commemorate the experiences of the ethno-cultural communities who were and still are affected by the internment operations. Why, she asked, did it take 100 years for the story to be fully exposed?

Parnell’s exhibit is supported by the Endowment Council of the Canadian First World War Internment Recognition Fund (CFWWIRF) and the Shevchenko Foundation.

Kerri Parnell creates art that inspires community connections. Born and raised in Winnipeg, Manitoba, Kerri attended the University of Manitoba-School of Fine Arts and the Nova Scotia College of Art and Design University in Halifax, Nova Scotia. Her passion is to collaborate with others on projects that promote social awareness and change.