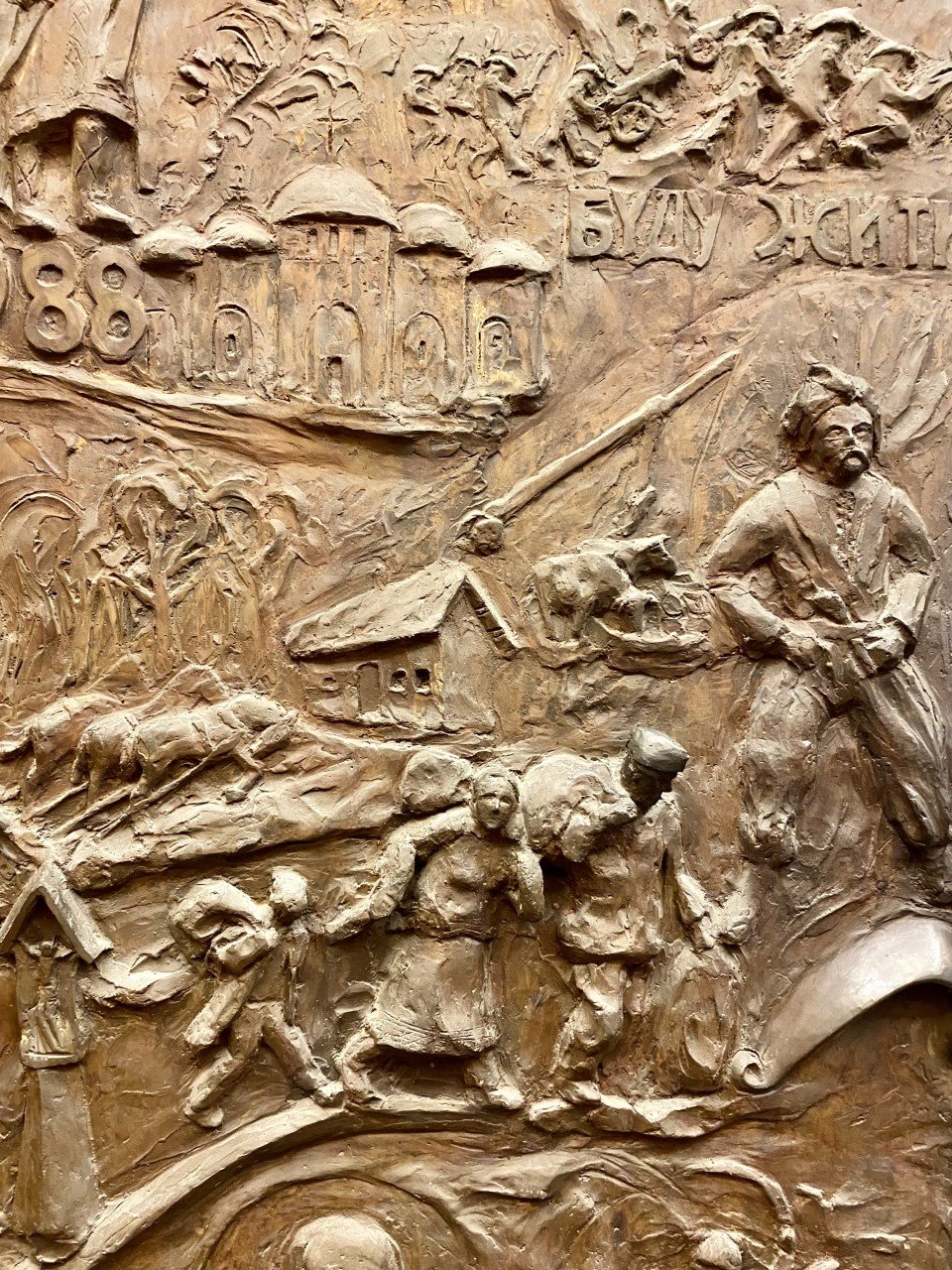 Saskatoon sculptor Walter Epp created a set of stunning bronze doors for the Ukrainian Museum of Canada in 1985 as a Saskatchewan Heritage 1985 Commemorative Project. Originally installed as exterior doors to the new building, they were moved indoors in 2004 in conjunction with the opening of the William Kurelek Gallery.

Heritage Doors in Bronze depicts significant scenes and people from Ukrainian and Ukrainian Canadian history. Interwoven elements in bronze relief trace the experience of Ukrainian Canadians from their roots in their homelands to early settlement in Western Canada.